This is another update about the development of LXC 3.0. 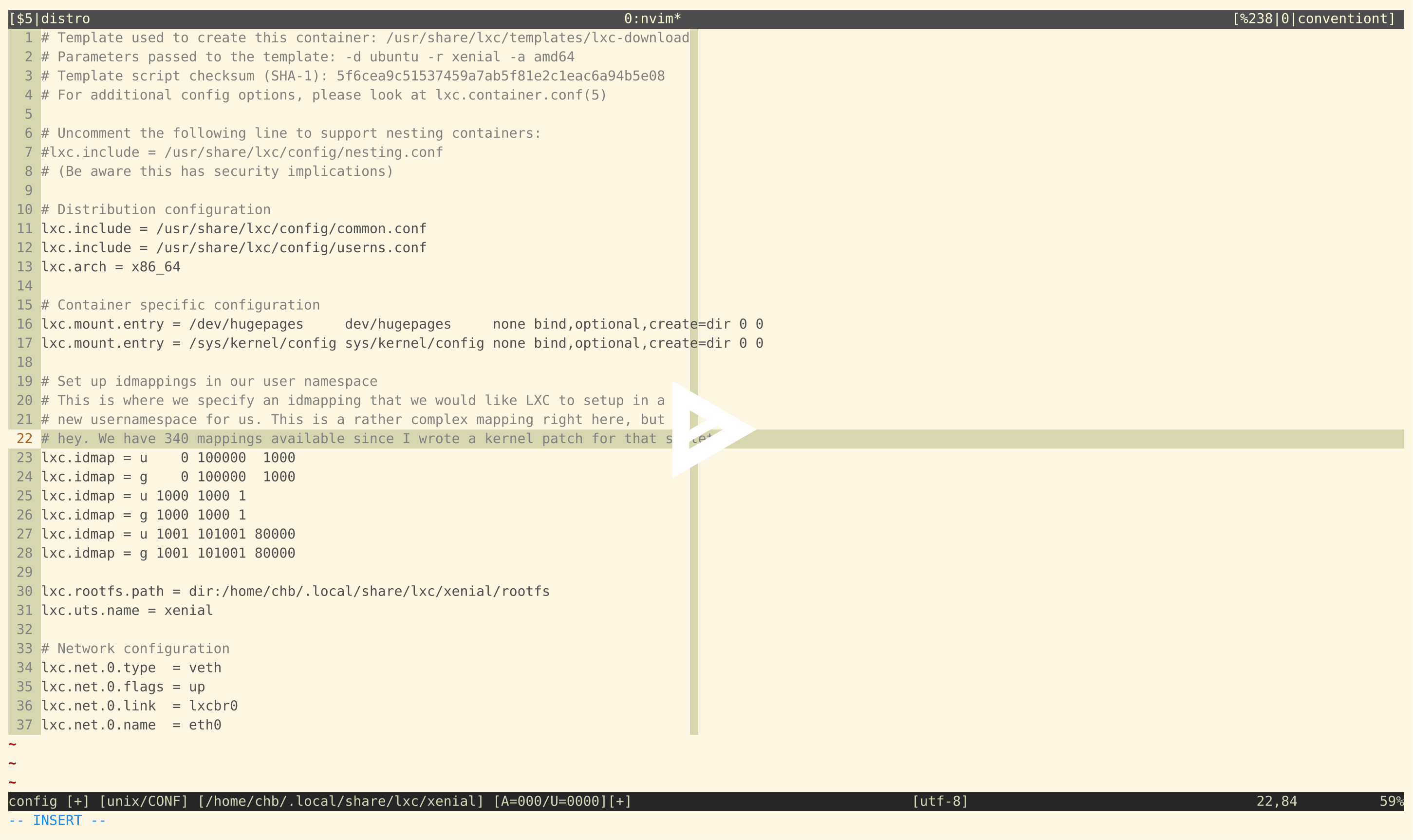 The second asciicast shows a fully unprivileged application container running without a mapping for root inside the container. In fact, it runs with just a single idmap that maps my own host uid 1000 and host gid 1000 to container uid 1000 and container gid 1000. Something which I can do without requiring any privilege at all. We’ve been doing this a long time at LXC: 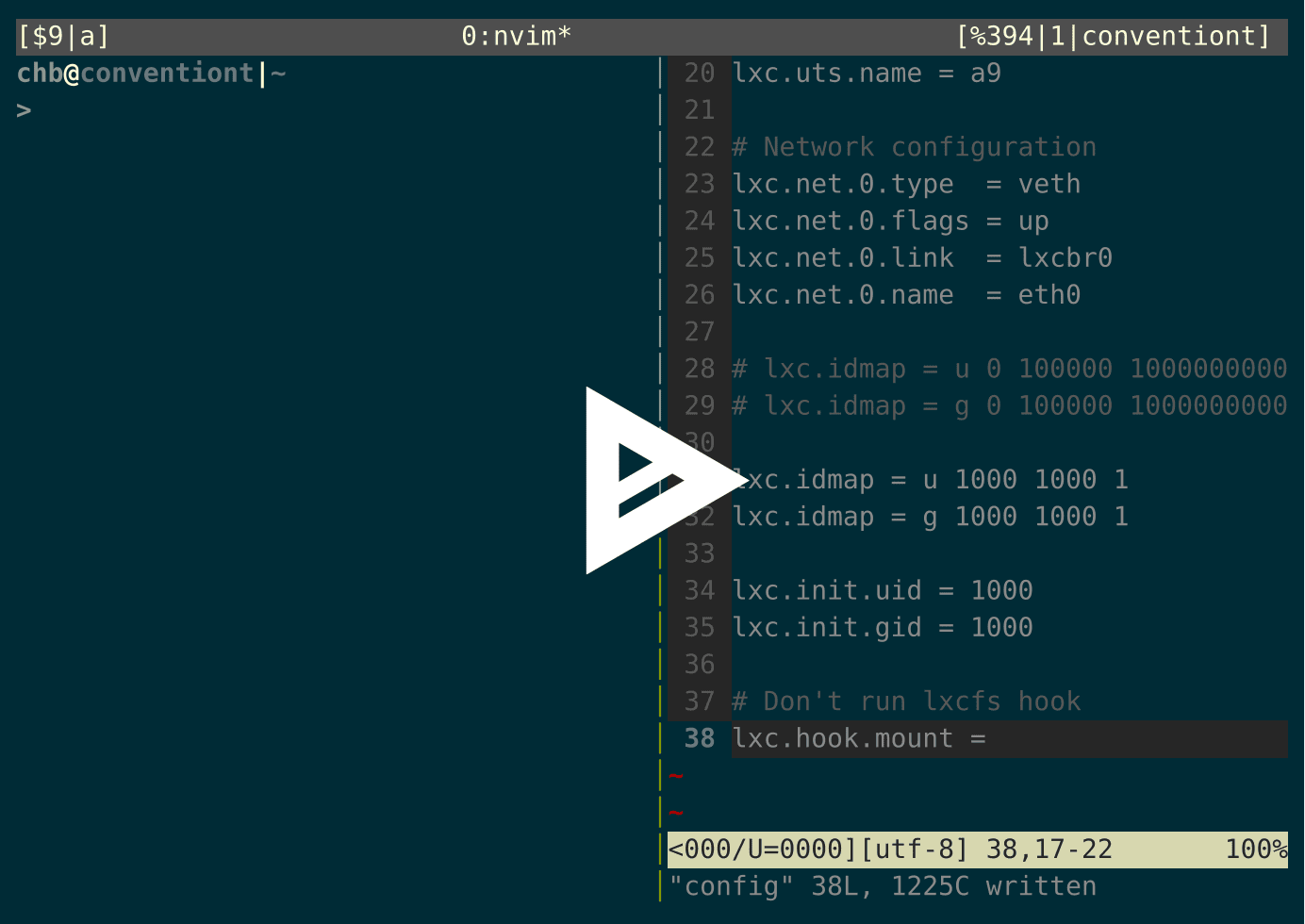 As you can see no non-standard privileges are used when setting up and running such containers. In fact, you could remove even the standard privileges all unprivileged users have available through standard system tools like newuidmap and newgidmap to setup idmappings (This is what you see in the second asciicast.). But this comes at a price, namely that cgroup management is not available for fully unprivileged containers. But we at LXC want you to be able to restrict the containers your run in the same way that the system administrator wants to restrict unprivileged users themselves. This is just good practice to prevent excessive resource consumption. What this means is that you should be free to delegate resources that you have been given by the system administrator to containers. This e.g. allows you to limit the cpu usage of the container, or the number of processes it is allowed to spawn, or the memory it is allowed to consume. But unprivileged cgroup management is not easily possible with most init system. That’s why the LXC team came up with pam_cgfs.so a long time ago to make things easier. In essence, the pam_cgfs.so pam module takes care of placing unprivileged users into writable cgroups at login. The cgroups that are supposed to be writable can be specified in the corresponding pam configuration file for your distro (probably something under /etc/pam.d). For example, if you wanted your user to be placed into a writable cgroup for all enabled cgroup hierarchies you could specify all:

If you only want your user to be placed into writable cgroups for the freezer, memory, unified and the named systemd hierarchy you would specify:

This would lead pam_cgfs.so to create the common cgroup user and also create a cgroup just for my own user in there. For example, my user is called chb. This would cause pam_cgfs.so to create the /sys/fs/cgroup/freezer/user/chb/0 inside the freezer hierarchy. If pam_cgfs.so finds that your init system has already placed your users inside a session specific cgroup it will be smart enough to detect it and re-use that cgroup. This is e.g. the case for the named systemd cgroup hierarchy.